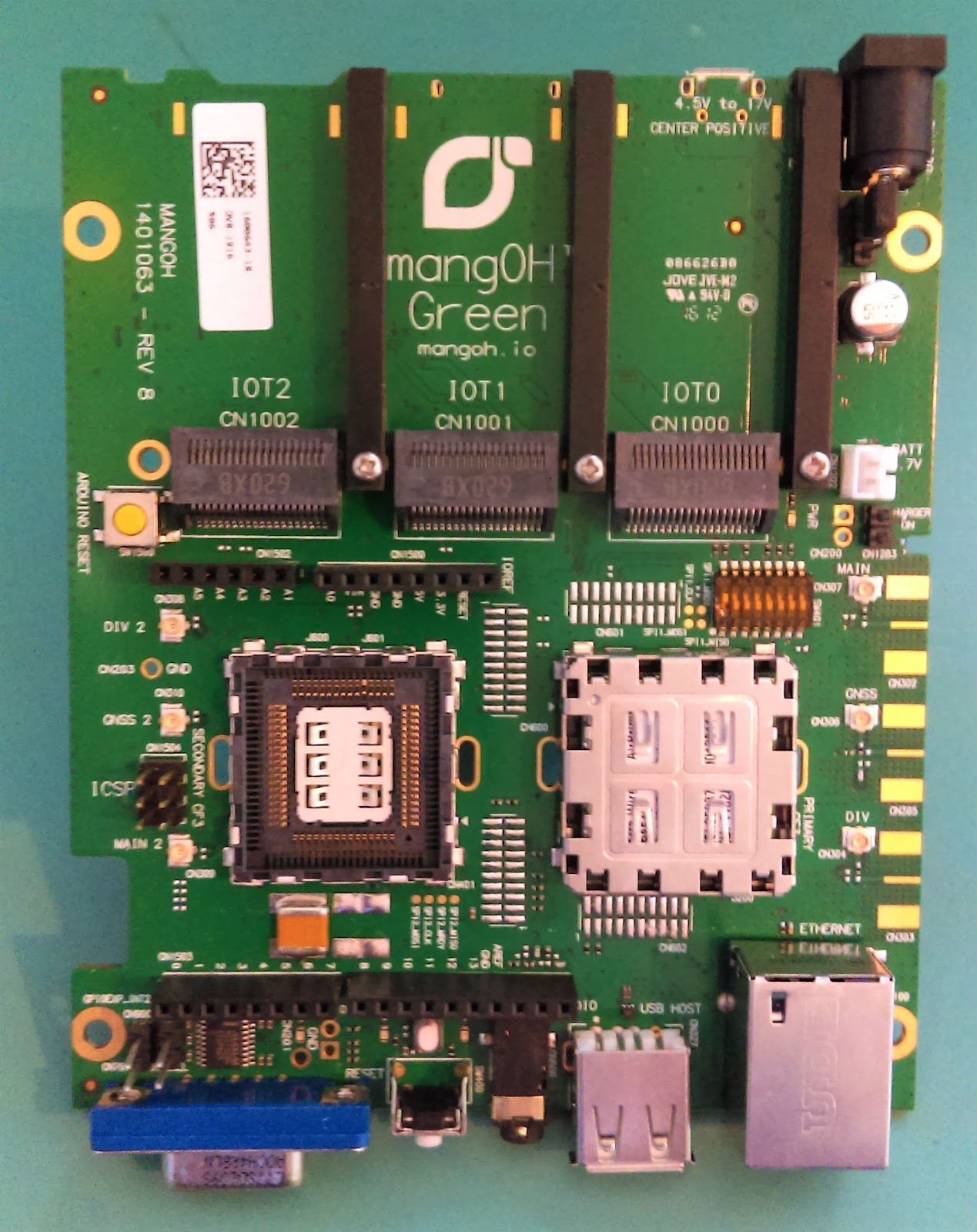 The MangOH Green is a board developed by Sierra Wireless to allow for easy development with their WP modules. These modules are specifically built for mobile/cellular IoT and have both cellular and GPS radios built into the chip. The MangOH Green runs a Linux application framework called Legato. Sierra Wireless has been working hard to keep the software moving forward. This has produced a number of versions each with subtle changes, and while there is a starter's guide for Legato that document has now become partially dated. This along with the relative newness of the manGO board and unique approach there is not a lot information to be found searching online, this however has been changing. As mangOH/legato becomes more popular the online content will also become more plentiful

With first hand experience as well as great help, from both the forums and mangOH personal,  in getting my MangOH board running I have decided to document the steps I followed to get the newest virtual machine version  “mangOH Dev using Legato 16.07 on Ubuntu 16.04.1” up and running.

The first thing to mention is the password for this version of the VM has been changed from “legato” to “mangoh”. While this has not been documented this was asked on the forums and has been answered. NOTE: This is only for 16.07 but moving forward the password will either be removed altogether or remain as “mangoh”. 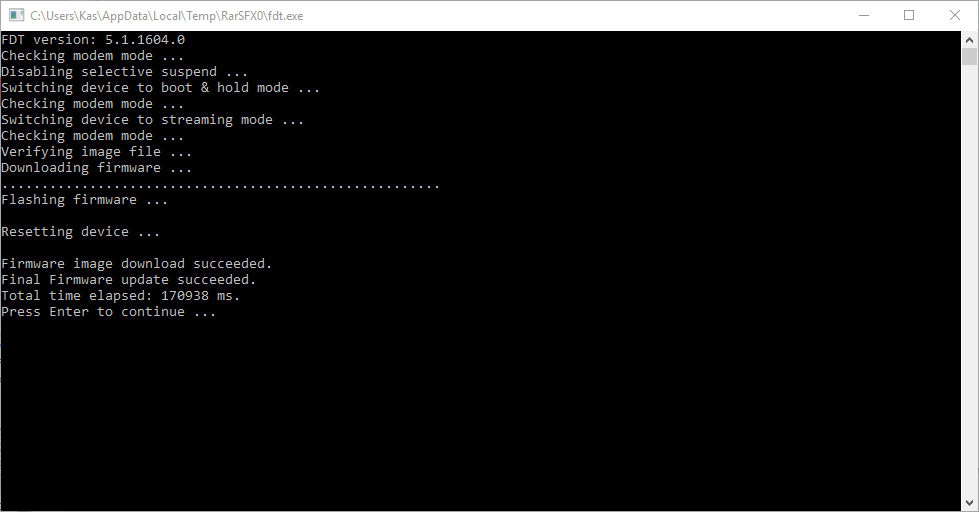 In the VM
(Note: Moving forward to to Legato 16.10 this step will no longer be needed) 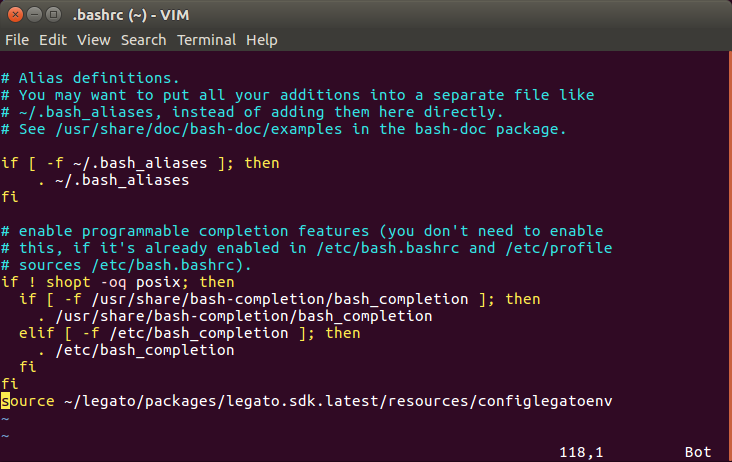 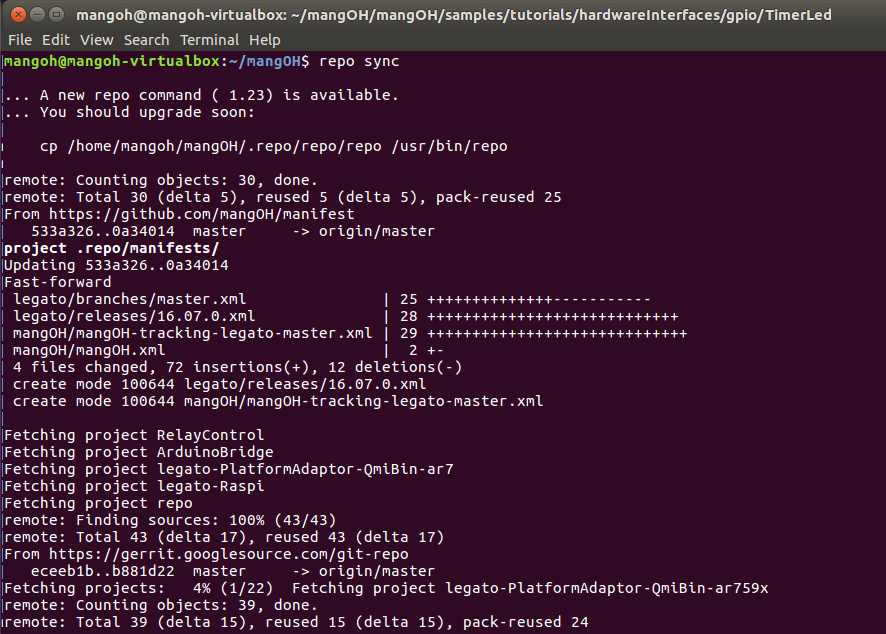 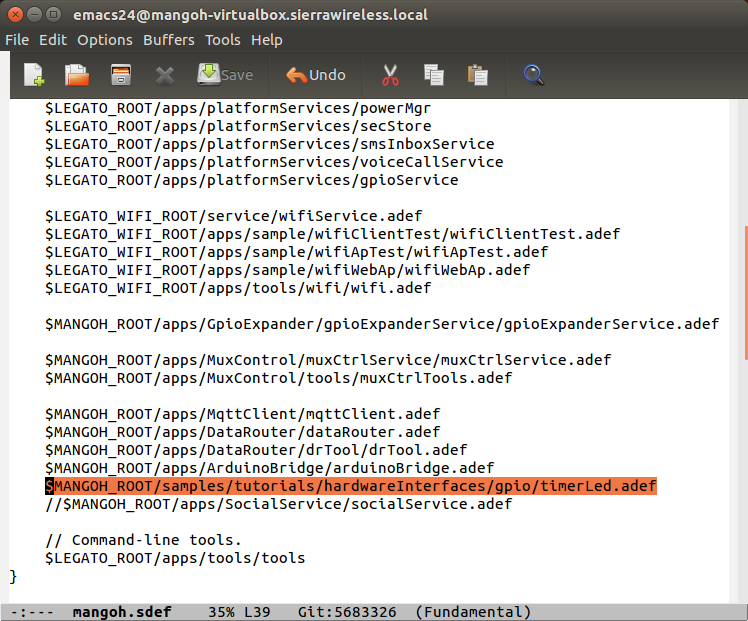 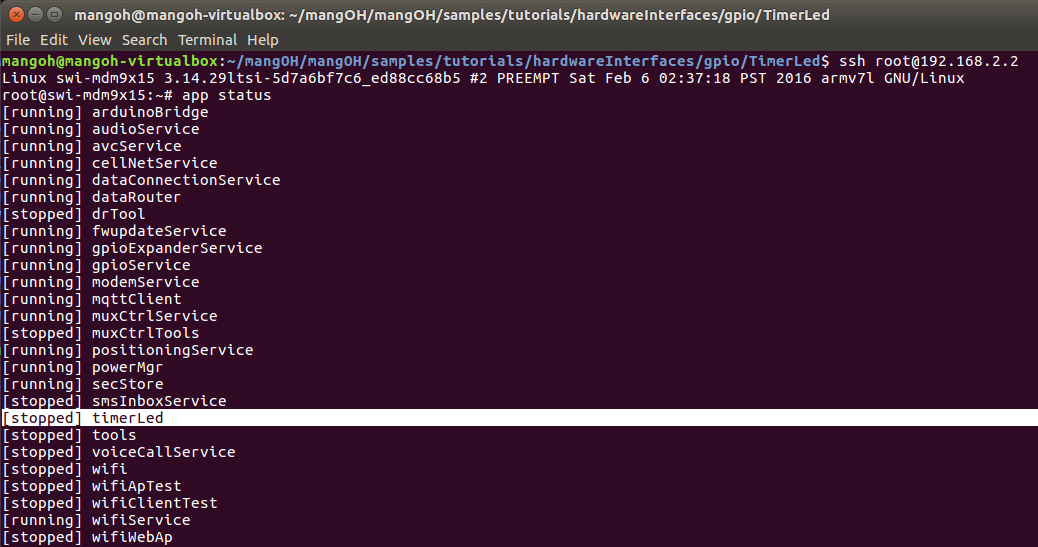 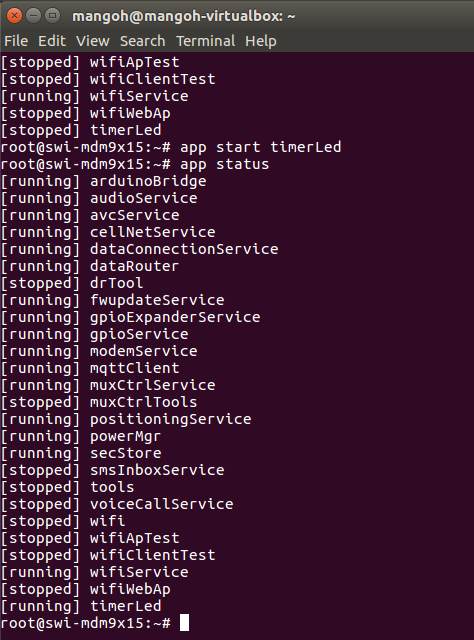 I have tested these steps out on a new install of the VM and have not encountered any issues. If you do have any issues or or have any comments regarding the process please share them in the comments below.

I would like to mention that the constant addition of new APIs for the mangOH board have made programing the board that much easier. As someone with a background in embedded code on microcontrollers, digging into the kernel to get to the GPIOs or other ports would be a quite a feat. The mangOH team is also working to add more demos, thi would allow someone wanting to create a prototype to have numerous starting points as well as projects that they could merge to get a usable prototype for the concept they are trying to display.